Our Biggest Cyber Monday Sale Ever!

Grab Agency Bundle at the Lowest Price Ever!
Grab up to 40% OFF! Limited Time Offer. 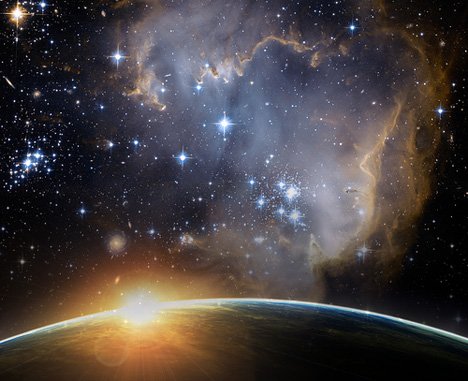 Tomorrow, February 4, 2008, at 00:00 GMT (7:00 p.m. New York /EST), NASA will beam the Beatles’ “Across The Universe” to the star Polaris, 431 light years away (that’s 431 years travel at the speed of light before our all-time favorite Beatles song reaches the 2.5 quadrillion miles away star). This is being done to celebrate the 40th anniversary of the song, the 45th anniversary of NASA’s Deep Space Network, an international network of antennas that supports missions to explore the universe, and the 50th anniversary of NASA.

NASA has invited people around the world to play “Across the Universe” on their audio systems at the same time NASA beams its mp3 version into outer space. The idea was hatched by Beatles’ historian Martin Lewis, who encourages all Beatles fans to play the track as it is being beamed to the distant star. Additionally, this date will be known as “Across the Universe Day”. The event marks the first time a radio song has been beamed into deep space.

15 thoughts on “Across the Universe Day”