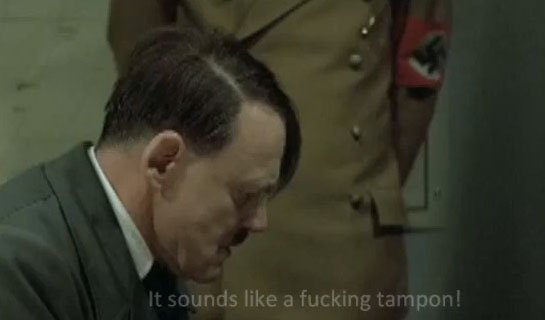 For these fast few days after Steve Jobs announced Apple’s newest product, the iPad, parody videos are starting to emerge.   One of the latest lampooning videos is about Hitler’s reaction to the Apple tablet.

Steve Jobs called the new Apple iPad a “magical and revolutionary device.”  That sounds like what Hitler has been dreaming of.  In this rather funny video,  Hitler has been expecting that Apple will give him the perfect tablet.  Instead, he just found out that the iPad is not all that he dreamed it would be.  He is not pleased.

If you’re planning to buy an iPad, all the things you should know is in this video.  Watch.