Prior to his death, Steve Jobs confirmed Apple was actively working toward smart television, which would tie together multiple devices and technologies into a single package. Does this mean we can look forward to an iTelevision in 2012? Is this what all that Mayan calendar stuff was about? Well, perhaps that’s a bit of hyperbole, but there’s certainly no doubting the impact this invention would have.

With HDTV taking over, many televisions and game consoles already offer Internet access and streaming video, even video chatting. The television has been evolving into something more than just a broadcasting device for some time now, headed in a direction where it will be the central hub for your family to listen to music, play games, video conference, and even browse the Internet—all this in addition to the normal functions of viewing shows and movies. In a way, it makes sense: smartphone technology can already be used to control your television, for example programming your DVR. The next logical step is being able to access smart capabilities through the actual TV, ideally with voice activated commands. 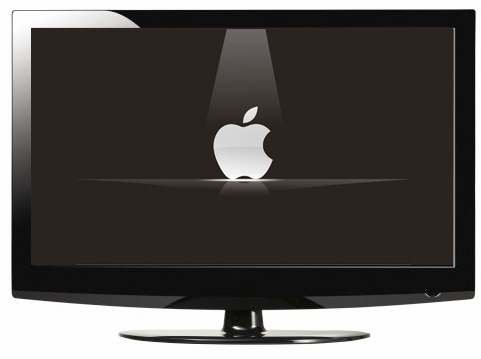 Imagine walking into your living room—which is, by the way, sans the stack of half a dozen remote controls we’ve come to accept as the standard coffee table dressing—and instantly being able to watch Breaking Bad, while video conferencing and getting contact info off the white pages in preparation for your dinner meeting, simply by uttering a few phrases. Not only will this liberate our coffee tables for their more traditional uses, such as showcasing enormous books about New Zealand, it will simplify the way we use technology because our smart televisions will be synced with all the other devices we use.

Think how much time the average American family spends in front of the television set. Now imagine being able to use some of that time for networking and the myriad other tasks we tax ourselves with throughout the day. It could go a long way toward removing the disconnect between TV as a passive form of entertainment and TV as a two-way conversation. Your smart TV wouldn’t just be a box through which you consume, but a tool by which you interact and communicate. Internet apps accessed through the TV could assist your children with their homework while you gather information for a business report. Your smart television can’t make you dinner (yet) but it can certainly change the nature of family time in the living room.

It’s hard to tell how much the iTelevision will be slowed down by Steve Jobs’ passing, but with all signs pointing in the direction of technology integration, you can be sure Apple is actively planning for the new age of television.