Gamers really have it going on living in today’s world. Not only do they have tons of games on tap, but there’s also never a shortage of gaming resources to enjoy.

But when it comes to getting your dose of gaming entertainment on the go, the only way to have a great experience is to rely on dedicated mobile apps. This can be both great and frustrating, as you need to research and install/uninstall until you find decent gaming apps.

With that in mind, and to help you avoid the frustration of testing, here are 4 Android and iOS gamer apps that can get you your gaming fix as early as your next commute. 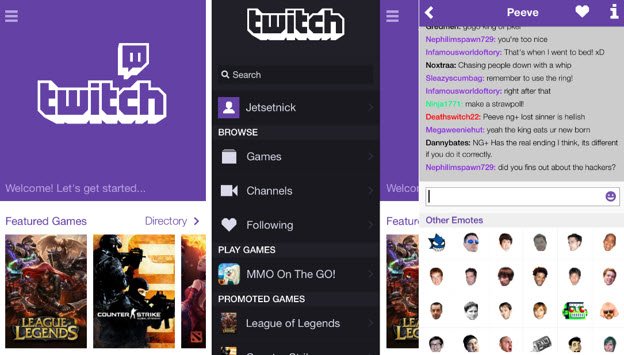 The ultimate gamer’s video platform, Twitch has been massively gaining popularity among both amateur and professional gamers for quite some time now. If you still haven’t given it a try, Twitch is a gaming community where you can watch game broadcast from other gamers, chat with other viewers, and broadcast your own streams.

The Twitch app brings all that’s best about the platform right at your literal fingertips. Namely, this is your best choice if you are looking for:

If you’ve never heard about IGN, you must have been living under a rock for the past 20 years. IGN entertainment has been on the forefronts of the gaming industry ever since they were first launched back in 1996. They are one of the leading resources on all things gaming, and their iOS app offers the same world of features, only in a portable format.

What’s good about this app is that it’s much like the desktop version of the website, only with added mobile convenience. Not only does the app perform smoothly and is very intuitive to use, but you can also find features like game reminders, calendar integration ,and a fully customizable news feed. In short, this is a great app for those looking for:

Much like Twitch, Raptr is a popular gaming community where you can watch and broadcast videos from other players. However, where Raptr stands out is that it comes with so much more than streaming options.

With Raptr, you can track your playing time and achievements and share them with your friends. You can also exchange game reviews, activity and accomplishments via the Raptr network or your social media profile.  Basically, this is your go-to place if you want to brag about and compare your skills with your friends, but also have access to the following features:

And last but not least, Wikia Game Guide is an essential app for every gamer who looks for a simple yet abundantly resourceful gaming app. With this app, you’ll have quick access to walkthroughs, info and tips on any game, be it a MMORPG or a mobile first person shooter. And even though there may be a lack of game reviews or broadcasts, you’ll still have access to some pretty useful features: