Intel Core processors have been around for quite a while now. However, there are several aspects that people are a little unaware of.  These processors over the last year have been vastly successful and have been critically acclaimed by consumers and critics at large.

The i- series have been designed to suit different needs based on the budget and work profiles of their consumers. There are quite a few standout features that can be attributed to these processors. Here is some useful information that will give you an idea about their uses and performance capabilities. 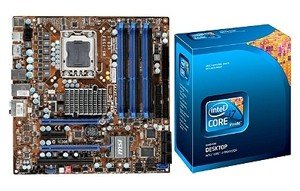 Intel has benchmarked these processors in a certain way with varying functional capabilities so that consumers can pick an option based on their needs. In simple terms i7 is better than i5 and i5 is better than i3.

As a result i3 has been branded with 3 stars, i5 with four and the best among them i7 with 5 stars. If you are wondering what happened to stars one and two they have been used to classify lower versions of Intel processors such as Celeron and Pentium respectively.

It is the cheapest of the three and is a perfect option for the budget consumer. When it comes to its uses, it depends on the needs of the user. If the user just requires the computer to carry out day to day tasks such as creating documents, mailing or surfing the web this is a perfect option.

Some of its core features include the use of 4 threads, hyper threading technology with a 3-4 MB cache. The processor can use up to 2-4 cores depending on the model of your choice.

The processor has achieved good ratings from critics, which makes it an apt choice for people with limited PC use.

This comes in between i3 and i7 in terms of utility and is the most popular among the middle class consumers. The processor is same as that of i3, but has a much higher clock speed. The cache is at 3-8 MB and this processor comes with something known as the turbo mode. Through this mode the user can actually turn off a core in case it is not needed.

This version works better than the i3 and can be used for most routine day to day activities like creating documents and presentations and internet use. You can also do video editing and other such similar applications.

It is the best bet among the three and also the most expensive. Their processors are available basically in two options – LGA1156 chipset or a LGA1366 chipset. Both offer quad core features including hyper threading and Turbo Boost. However, the i7 9xx series that use the LGA1366 chipset is said to be faster than the other and is also acknowledged to be the best. If you are the type who needs to use a system with advanced features this is the perfect choice for you.

You could also try out the core i7 Extreme that functions even faster and is a great option for people who can afford it.

About the author:  I am Fenix Raw from ExamsKey Looking for Exams key exam assistance? Let’s take benefit of Exams key self-paced MCSA Certification Preparation Certification training material and pass your IT certification on first attempt with guaranty.