NASCAR and IndyCar are the two leading forms of car racing in the USA, but they do have their differences. IndyCar focuses on the need for speed, handling and aerodynamics, while NASCAR is about bumping your way through to the front of the pack. Some have compared it to heavy tanks and fighter jets. This article explains some of the key differences between the two popular sports.

There are fundamental differences between NASCAR and IndyCar. IndyCar racing is a slick, open-wheeled, fast-paced series that is similar to European Formula One. NASCAR is a form of stock-car racing that began in the 1920s, with its origins linked to bootleggers racing during American prohibition.

This cultural difference is reflected by the number of drivers from either Europe or America. There are a lot of European drivers in IndyCar, whereas there is a higher percentage of American drivers in NASCAR.  Whereas IndyCar’s focus is on speed and handling, NASCAR is more about cars jostling for position and taking chances.

The Difference Is In The Look!

The biggest difference between the two forms of car racing is the appearance of the two cars. While NASCAR vehicles look like souped-up everyday cars, IndyCars are aerodynamic and very low profile, unlike any car you would normally see on the road.

The weight of the cars is also very different, with NASCARs weighing twice as much as IndyCars. IndyCars have very little body work, whereas NASCARs are kitted out with full body kits, roll bars and bumpers. 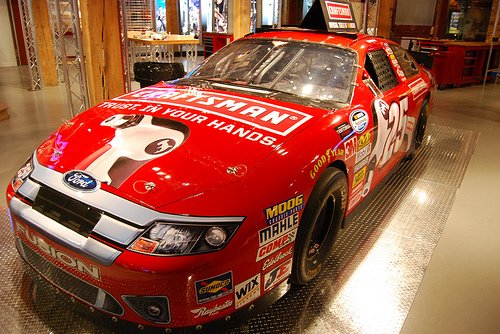 The engines used in NASCAR resemble those of a 1960s American muscle car and the wheels are held on with the same type of nuts you would find on a normal road car. It’s a different story in IndyCar, which uses highly refined fuel injected engines and fast-change, light-weight magnesium nuts to hold the wheels on.

IndyCars are made of carbon fibre, which is very light and strong but shatters easily. In NASCAR the body work is made from a rolled metal, which is much heavier and more resistant. The differences in body type largely reflect the nature of the racing. NASCAR racing requires strong and heavy materials that can withstand impact, whereas the IndyCar design is all about making the vehicle as aerodynamic and fast as possible.

So we know all about the culture of each form of racing, the look of the car and the technical aspects, but what about the race itself? The driver in IndyCar racing flies round corners at speeds in excess of 200mph. In NASCAR, drivers put the pedal to the floor too, as they fight to keep the car in one piece and strategically bully their way to the front.

Each has a marquee race. For NASCAR it’s the Daytona 500 and for IndyCar it’s the Indianapolis 500. The Indianapolis 500 is all about high-octane overtaking and tight cornering, whereas jostling and bumping cars out of the way is how you win the Daytona 500. An IndyCar can get wrecked with a little contact, whereas it’s not unusual to see a NASCAR patched up with tape and sent back out to win a race. 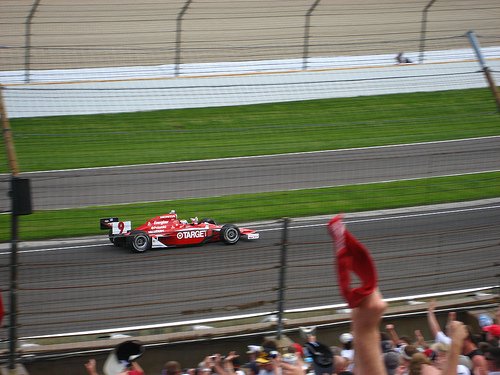 Both NASCAR and IndyCar racing are great sports for adrenaline junkies. If you fancy an adrenaline-fuelled day, you can try sites like http://www.experiencemad.co.uk. You can have a go at track days or maybe a supercar driving experience to get an idea of what it’s like to drive cars at super-fast speeds.