If rumors and leaks are to be believed, Microsoft is cooking up a gaming-centric variant of its Surface tablet—a purported ‘Xbox Surface’—and it’s likely going to be in a class all its own. The 7-inch console-tablet-media-device boasts of tremendous specs and will have the Xbox pedigree and also likely to have access to the console’s library of titles. More and more sources are confirming the production of the new device, and that it is now inching closer to completion. 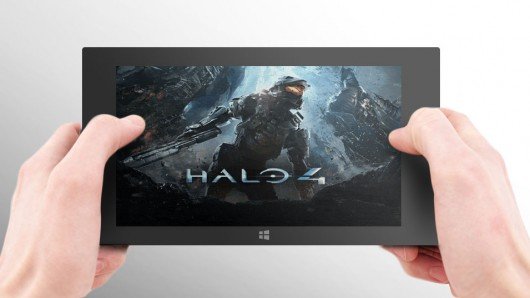 The PlayStation Portable (PSP) and Nintendo DS have been the portable gaming consoles of choice in the modern era. Since the introduction of high-spec mobile smartphones and tablets, however, gaming has been taken to these platforms as well. Hardcore gamers may argue that the games on iOS and Android are more for casual gaming, but there have been some real gems. There have also been ports and remakes of popular games from older consoles, like the re-rendered Final Fantasy III for Android.

The PSP remains a popular choice, and current-gen Sony portable console PS Vita has sold 2.2 million units as of June this year. Still, the promise of an Xbox Surface gaming tablet holds quite a lot of potential. It doesn’t even have to match or exceed the quad-core Vita to succeed. As long as the games available on the platform approximate how the actual Xbox games look and feel, then there won’t be any problem.

What is it, really?

According to the leaks, there is something called a stationary computing device that goes with the tablet. Many are speculating that this could be something like the Wii U, which is a tablet-like device used in conjunction with the actual console. Does this mean the Xbox Surface won’t be a stand-alone gaming device? Will it just be a glorified controller that comes with some form of Windows 8 or the Xbox OS? It’s too early to tell, but if Microsoft really wants to make a splash with this Xbox-branded tablet, then the logical approach would be to make it a device all its own. Integration with the actual console should just be a bonus. The Xbox Surface should be a jack-of-all-trades like most tablet PCs are these days: an entertainment hub, business phone, and productivity tool all rolled into one tight package.

There’s no question about the title selection for the Xbox 360, and any next-gen console Microsoft outs (Xbox 720?) will surely be blessed with hits like Gears of War, Halo, and all the other popular franchises. The question is, what’s the game lineup for the Xbox Surface? If it can bring Xbox 360 titles to the portable form factor, then that’s definitely going to be a game-changer. It doesn’t matter how innovative the games you can play on the iPad or on the Nexus 7 are; console games are in an entirely different ballgame.

At the moment, even with all the “confirmations” from “reputable” sources, the Xbox Surface only exists in the realm of tech rumors and speculation. Microsoft has declined to comment, and as such the device will remain like Schrodinger’s Cat. Our money’s on the Xbox Surface officially getting unveiled before the Holidays, though.