Often when people think “social media”, the first thing that comes to their minds is Facebook. In the current social media world, Facebook is one of the biggest names.  In fact, at the moment it has a bigger online population than most island nations on the planet. It’s proven to be such a success that more social media networks are cropping up. One of the most recent additions to the social media game is Google’s Google+ (Google Plus). 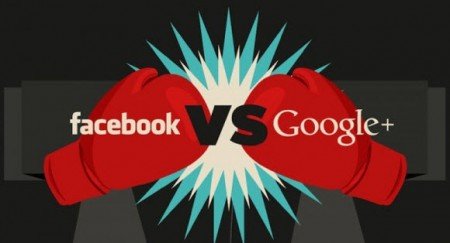 Now, initially, Google+ debuted amidst much pomp. Slots for Beta testing disappeared almost immediately, and getting on the new network required an invitation from someone who was already using Google+. Even then, there were a limited number of invites. Slots filled up right away, and Google was inundated with signups and requests. But after the initial excitement, it seemed to die out. It didn’t look as though it could compete with Facebook’s user count either—a mere 950 million versus the 170 billion that Facebook boasts.

But this doesn’t mean that Google+ is not without its advantages. It may be well behind in terms of user base count, but as business voip provider RingCentral blog outlined in one of its recent RingCentral tips updates, there are features on Google+ that are worth taking advantage of. Some of these features are:

The tech world has been buzzing with rumors as of late. While Google+ could indeed tap into Google’s massive capital, news from TechCrunch tells the online world that Google has no plans of spending a lot on the social network for this year. This means that development can be delayed.

Currently, engaging other people in Google+ is also limited. People are logging on to their sites, but they are not as active in the communities as they are on Facebook, where interaction with other users is already part of the culture. The pages in Facebook are executed very well, and it has contests, polls, newsfeeds, tab features, and more. Google+ is still in the process of development. So while Google+ is a formidable opponent, Facebook’s advancements are still the hare to their tortoise.