Having an iPhone is great, except when you can’t use it. This may be because you’re busy watching the business phone numbers on your internet telephone app or are buried under a pile of work. There are many other things that keep you from enjoying your gadget, but you can actually have apps that don’t require your full attention just to get the enjoyment you want.

If you want some games that go slow and let you attend to it once in a while without getting hooked into playing a round again and again, take a look at these:

You’re an explorer stranded in an undeveloped, tribal land where the natives revere you as something akin to a god. With great graphics and awesome detail, build your tribe into three and explore the world. What makes this a great app is that you don’t have to pay attention to it all the time as you set the waiting time for quests to finish. The pace of how you play is completely up to you. If the day warrants long bouts of work with scarcely a break, then let the quests simmer for the longest time available. If you’re on break and would like to see your natives grow faster, and then opt for the shorter time period on quests.

Veiling illegal substances as candy is just one funny thing about this shared experience and location-based app. You’re a candy dealer that prowls the streets to sell sweets like mints, donuts, ice cream and lollipops to people who just can’t live without the stuff. You’re dodging the police while trying to supply the local addicts at competitive prices with other people running the same app in your area. You can buy your stash from the lab owners, check the market price, set your own then close the app. Come back when a notification pops up or a few minutes later. You’ll never know when your stash has run out and you’ve driven up prices. 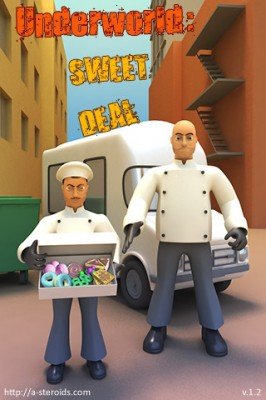 This app appeals mostly to users who want to have a pretty garden with a castle. It’s just like Farmville only with mystical creatures and impossible flora. You play a witch (or a wizard) that quietly plants a garden in the middle of the wood and gains prominence by growing plants and brewing potions that help the kingdom. You save princes, open dragons from boxes and grow balloon trees. All at your own pace. You can always speed up the process, but that means you have to pay for the gems now.

So if you need to manage your business phone numbers constantly from your iPhone but still want to have a short break to tend a garden, build a house or get rid of your stash, these are the games for you.

About the author: Henry Conrad is a 29-year-old game developer from Albuquerque, New Mexico. Aside from gaming and being a tech junkie, he also dabbles in creative writing, which allows him to create great story lines and backgrounds for his characters. Follow me on Twitter and join me in Google +