Start of the year 2013 has already brought a whirlwind of new items when it comes to gadgets. Smart phones are no exception and the selection is wide. In order to focus on the most anticipated phones out there, we have to look at HTC and Sony. They both came through by providing us with phones everyone was looking forward to get their hands on.

HTC decided to reclaim their success by releasing their newest model called HTC One. They wanted to give consumers something fresh, solid and capable. And they have. HTC One is a stunning, fast and responsive device that does everything it’s supposed to. With its 4.7 inch Super AMOLED screen takes place over the whole surface and doesn’t waste any space at all. Screen itself has a resolution of 1080p and its patented quality delivers very bright and vivid colors while playing movies or video games.

Underneath the screen itself we find a powerful quad core 1.7 GHz Snapdragon processor supported by 2 GB of memory, putting it aside phones with the fastest CPU. Problem with all this power and display quality is the battery consumption, and with the 2300 mAh battery, you will have to charge this phone often.

The 4MP camera seems small at first but HTC uses the Ultra pixel technology to get a better and quicker response compared to bigger cameras. Software enables many different styles of taking photos, where processor takes care of the smooth interface and feedback. Same goes for making videos in 1080p as phone gives users the option to film in many different styles, such as slow motion or even taking photos while filming. All this content is safely stored on 32GB of internal storage.

Now let’s take a look at the Sony’s Xperia Z. Same as its HTC rival, Xperia Z is also well worthy of the title of being one of the best smart phones out there. That doesn’t come as a surprise when we are presented with a 5 inch, full HD display, encased in a stylish, durable and protective glass body. That same body also keeps it water and dust proof. 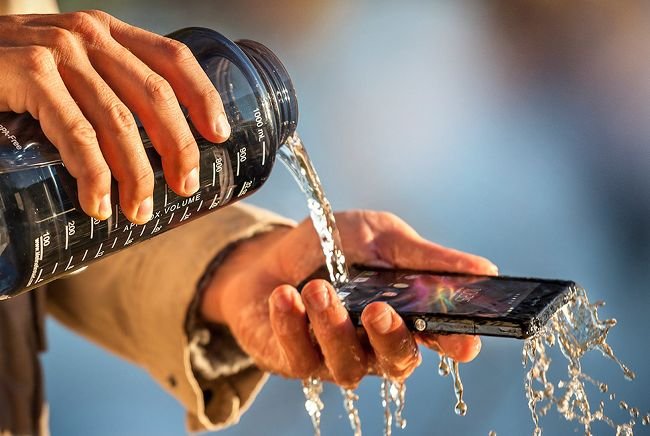 Similar as the rival, Xperia Z is run by a 1.5 GHz quad core Snapdragon processor, accompanied by the generous 2GB of memory. That drains the 2330mAh battery just as much and doesn’t hold long under the stress. Its processor and memory take all the credits for making games and 1080p movies play smoothly.

Xperia Z comes with the 13MP camera, allowing users to take high resolution images or film videos in full 1080p resolution. Software is able to quickly adjust the focus while filming, for an even better outcome. Filming is enhanced with certain options such as scene modes, ranging from landscape, beach to party and even gourmet for filming food.

When we look at both of the mentioned phones, there really is no clear winner. Both are excellent, powerful, top of the range and desirable. To say one is better than the other would be unfair to both of them. They both deserve the spotlight and that makes them one of the most anticipated gadgets of the year.

About the author: I’m Amy Lawson and I’m from United Kingdom. I’m interested in writing articles and have been a blogger from the past two years. Apart from writing articles, I do research on tax credits, child benefits etc.