The iPhone 4S looks set to be released at the middle of this month on October 14th. Many people were a bit disappointed that this was not the iPhone 5, with a larger screen and redesigned body, but just a revamped version of the iPhone 4. On the other hand, this makes perfect sense considering Apple’s previous mobile phone deals. This should firmly set the trend for all future Apple phones – a new phone design every two years with an enhanced or “S” model in between.

This means that the iPhone 5 (or should it be 6?) will now see release later in 2012. Was this the plan all along? Prior to Apple’s recent keynote product launch there had been some talk that the iPhone 5 was supposed to be launched alongside the 4S, but manufacturing delays from suppliers in Asia pushed the release date back a few months. Either way, the iPhone 4S is the best that iFans are going to get for a good few months yet. But does it have enough to impress? 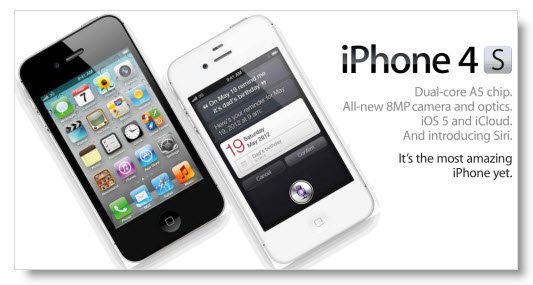 The phone will obviously be the fastest and most advanced iPhone ever. This new device is set to have the acclaimed A5 processor that powers the Android-destroying iPad 2. This processor has seen off attempts at its tablet crown from a number of worthy contenders. The processor is also combined with a new dual core GPU that offers 3D graphic rendering at 7 times the speed of the iPhone 4, which is excellent news for features such as the Game Center.

The phone will also come with the superbly intuitive and beautiful iOS 5. If the iPad 2 is anything to go by the iPhone 4S will be a far more user friendly and intuitive device than previous iDevices. Apple has done away with pop up notifications and replaced them with the slide down notification tray adopted from Google Android. However, the feature that will make the interface the most intuitive is the new Siri voice control system. 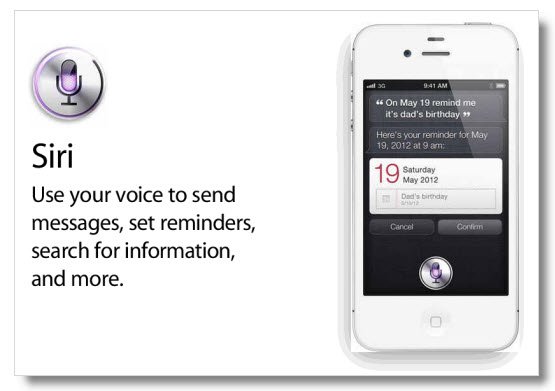 Sure, voice controls are nothing new. But Siri takes voice controls to a whole new level. It is deeply integrated into the interface and can be used to do a great many different things including check the weather, book a restaurant or compose a text message. You can also ask the same question in a wide variety of different ways, rather than using a predetermined set of commands – making this the most user friendly and intuitive voice control system yet found on a phone. 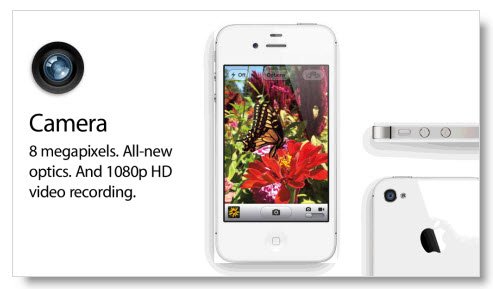 This new camera will be the same as those on the HTC Sensation and the Samsung Galaxy SII – an 8mp flasher, with a single LED flash that is capable of taking 1080p video. This ensures the iPhone 4S is competing in the camera area – one where iPhones have traditionally lacked. They may not have pushed the bar in terms of megapixels, but Apple have improved picture quality thanks to a new CMOS sensor and lens, as well as direct access to the camera by double tapping the home button. This all serves to make photography much simpler on the iPhone 4S than any other smartphone.

Apple may have struggled to wow a lot of people here, by not having many new hardware features to shout about. Most of the new features of the iPhone 4S are down to the software, with iCloud, iMessage and of course Siri voice controls all offering something quite unique. As Mark Hirst, Managing Director of Best-mobile-contracts.co.uk, stated:

The iPhone 4S is an evolutionary device that will do no harm in encouraging people to switch to Apple and IOS. New features such as Siri and IOS 5 will help improve the functionality of the iPhone, as well as improve the features that they can offer.

So while people who had been eagerly awaiting the iPhone 5 may well feel a little bit unimpressed the latest iPhone does have a lot to offer, even if those improvements are not quite so in your face. While the iPhone 4S looks almost identical to the iPhone 4, you will certainly feel a huge difference when using the devices.

You can stand a chance of winning a new iPhone 4S by visiting Best Mobile Contracts and entering their competition while you check out some of the iPhone 4S deals that are on offer.