The newest edition to the hugely successful Galaxy range of Samsung phones – the Galaxy Pocket – is set to see its UK launch later this year, the company has announced. The Galaxy Pocket is another Android Galaxy handset – this one coming with Android 2.3 – and is intended, as the name would suggest, to represent a classy option for those seeking a portable handset, complete with a slim-line casing, as well as an improved user interface by TouchWiz to make navigating the different menu options easier and a bigger 2.8 inch display to make enhance viewing.

This latest model in the Galaxy range of Samsung phones is also set to feature a number of features for social networking and communication, such as the company’s own ChatON service, which is designed to provide a cross platform communication service for all users of the phones, including content sharing, instant messaging and group chatting. Another innovation in this area offered by the Galaxy Pocket is the Social hub, a feature that allows users to look at all of their communications – such as email, social networks and instant messaging, via one inbox, to make this process more convenient when they are on the move.

If there is a serious downside in those details about the Galaxy Pocket so far announced by Samsung, it may be the fact that it only has Android 2.3, rather than the updated 4.0 version now available on a number of other phones. However the phone does still boast a user memory of 3GB, and users have the option of increasing this by a further 32GB by means of an SD memory card, should they need additional space for photos, MP3 files or apps. Samsung’s UK and Ireland Telecommunications and Networks Division Vice President, said:

“With the Samsung Galaxy Pocket, we are building on the features we know our customers enjoy and get the most out of. This new device adds further breadth to the choice of smartphones we currently offer and provides a smartphone experience for even more customers at an affordable price.” 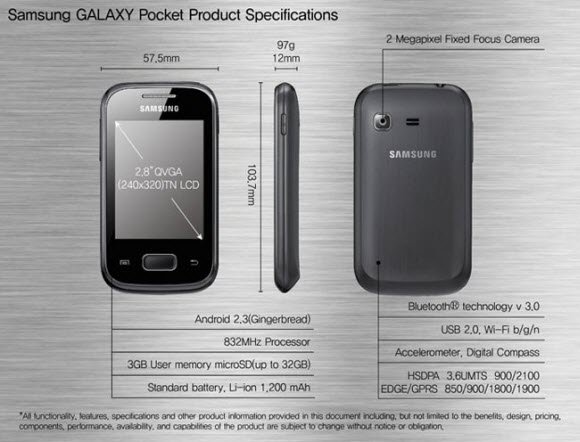 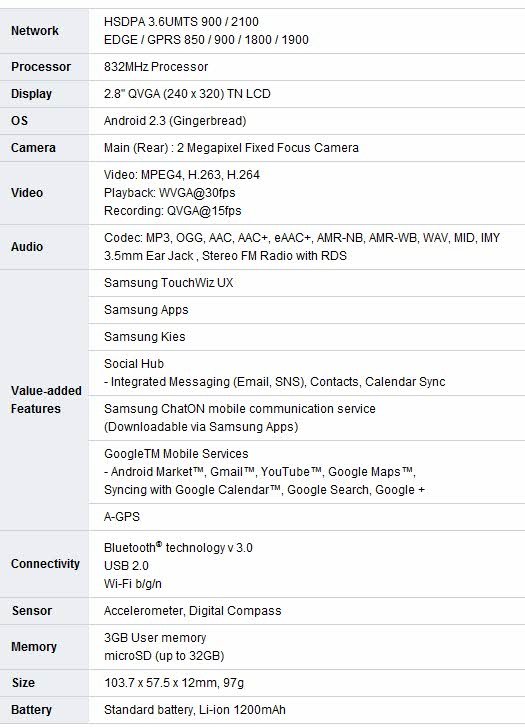