Good news for all you couch potatoes out there. Your home-TV viewing experience is just about to get a hundred times better with the new TV models unveiled by the world’s tech giants at CES 2013.  The International Consumer Electronics Show is one of the year’s most highly-anticipated events for good reason. Here are some of the TV innovations you can expect in your living rooms soon. 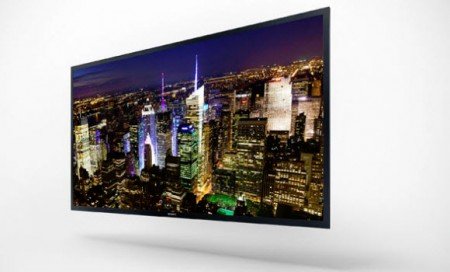 Sony gives us a peek into the future of home-TV viewing with the world’s first OLED 4K or Ultra HD TV.  Even the show’s bright lights and loud music couldn’t avert our attention from the 56-inch TV set, which will be the first to merge OLED and 4K technology. Think of watching your favorite shows with four times the resolution of full 1080p HD and you get UHD tech. Meanwhile, OLED makes sure that your TV looks sleek and thin and has higher quality images.  The TV is just a prototype right now, so there was an uh-oh moment during Sony’s presentation when the display suddenly stopped working just as the Sony CEO was talking about the high-quality picture.  Still, it was an impressive presentation by the Japanese corporation.  Sony also unveiled 65-inch and 55-inch 4k TVs.  Expect these new TVs to hit the stores in Spring.

Meanwhile, the South Korean company Samsung is pumping up the competition with its 55-inch OLED Multi-view TV F9500.  If your family is always battling for the control of the remote control, then this is the product for you. The TV lets two viewers to watch different shows on the same screen. You won’t need to worry about annoying each other, since you’ll be viewing shows using 3D glasses with individual headphones.

Samsung also turned heads with its 85-inch Ultra-High Definition TV. Impossibly thin, the Samsung UHD TV is also voice-controlled. Switching channels, lowering the volume, etc. by speaking whole sentences to your TV screen can now be considered cool. Smart View also lets you stream content from your smartphone to your TV. But wait, there’s more! This TV’s most note-worthy feature is its ability to interact with other Samsung appliances. Monitor washing machine or adjust your thermostat with an onscreen TV app, so you don’t have to get interrupted while you’re on a TV series marathon. If you think the 85-incher is huge, wait ‘til you see the 95-inch and 110-inch versions, which the company saved for later.  The gigantic displays definitely put a whole new level to the idea of having your own home theater system. Don’t worry though; it will take some time for these monsters to get released, so you can still save up.

LG also rolled out its own version of big-screen OLED UHD TV at CES 2013.  The 55-inch monster will join new 65-inch and 55-inch models, aside from an 84-inch 2012 model.  The company is throwing competitors a curve ball with its OLED TV with a curved screen.    The shape is designed to solve the problem of images seemingly “dropping off” towards the edges of flat screen TVs.  LG will be the first to market the new OLED TVs. The 55-inch TV will hit stores in March and will sell for $12,000.

Over at the Sharp homefront, you can expect images to come alive.  Two UHD TVs are the highlight of Sharp’s presentation with the 60-inch Purios carrying the battle flag.  Developed with the I-cubed Research Center, the Purios boasts of an Integrated Cognitive Creation (ICC) image processor, which Sharp says makes your brain believe that the images you see onscreen are real. Meanwhile, the 60-inch Aquos UHD TV is a prototype that has “Moth Eye.”  This technology eliminates glare while preserving color vibrancy.  The Purios is set to be released this summer while the Aquos is due in the second half of 2013.

With Samsung releasing behemoths of TVs, Panasonic’s previous announcement of a 56-inch OLED UHD TV would seem to be a bore.  with an OLED panel, made using electronic printing technology. This is one of the first UHD screens to use an OLED panel made with Panasonic’s printing technology, which the company says makes the process of placing OLED elements on a panel economical and consistent.

Sharp showed off two Ultra HD displays, the 60-inch Purios due this summer and the Aquos Ultra HD TV due in the second half of the year. Panasonic introduced its new line of smart TVs, including features like My Home Screen, which lets every individual in a home make his own personal home screen; Swipe and Share 2.0, which lets people share content by tapping an NFC smartphone against the TV; and Voice Interaction/Guidance, through which people can control a TV by speaking commands into a Panasonic remote or smartphone. Samsung trotted out the S9 series, including an 85-inch Ultra HD TV that comes with its own easel-like floor stand.