There really are some obscenely expensive gifts out there. A couple of years ago, Harrods was selling a toy car for the price of a real car – £9,995.

This is one reason it might not be wise to send your kids to the best boarding school UK currency can buy – they’ll mix with rich people, and come back with unrealistic gift expectations. Here are a few of next year’s expensive gadgets, so you know what to expect if you do splash out on private school:

The new Spyro the Dragon game for the Nintendo 3DS comes with a docking station and three plastic figurines. To play, you put your figurine on the station, and he appears on screen. You can switch characters at any time during gameplay, just by changing the figure on the portal. Of course, there are extra characters to buy, which are sold separately.

The Spyro game was out before Christmas 2011, and you can expect others to be released before long. A Harry Potter version would be particularly good boarding school preparation.

The Cyborg M.M.O. 7. is a mouse with 13 programmable buttons, as well as the standard left and right click. Apparently this is useful for games like World of Warcraft – there’s also a feature called ‘actionlock’ to stop users getting hand cramps during long gaming sessions. This is about everything you could ever want from a mouse. The only downside is the design – it looks like a normal PC mouse that’s been kicked to death by a donkey (picture shows an earlier model, which is not quite as ugly). 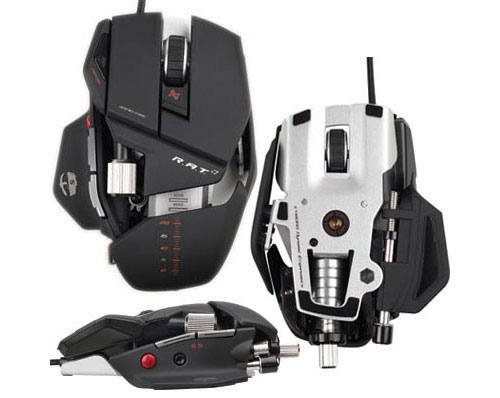 Thanks to the Lazer Shirt company, children can scribble all over each other’s clothes without ruining them. The machine-washable shirts are coated in a non-harmful material which glows for a while after being touched by UV light, so you can create temporary designs using special pens.

The Lytro camera is out early next year. If it works, it will be a revolution in photography, as it lets users focus pictures after they’ve taken them. The camera apparently captures light fields (meaning ‘the colour, intensity and vector direction of the rays of light’), and lets users fiddle about with them at home afterwards, to get the focus right. It’s expensive and only compatible with Macs, but still great – especially for kids, who might not have the skill or patience for normal photography.

Designer Peter Treadway spent several years developing the ‘spnKiX’ electric roller skates, but presumably not very long on the name, which looks like it was generated by dropping a keyboard down the stairs.

Still, they will make a great gift for young kids, as they don’t go too fast (up to 10mph), and only manage 2-3 miles per charge. Though that’s a downside for adult use, it’s great for young kids as they can’t stray too far from home.