The first impression that a lot of people had when Apple unveiled the iPhone 4S at the start of October was “how is this different to the iPhone 4?” Admittedly, on the surface the two phones look almost identical. Most of the improvements made to the latest iPhone come in the software department, with new features like Find My Friends and iMessage offering some pretty decent options into the mix.

But these features are available for earlier iPhones with an iOS 5 update. The iPhone 4S does come with some hardware improvements inside – it has a faster A5 processor and dual core GPU, improved 3G connections and a better 8 megapixel camera.

Likewise, the new processor and GPU do not really add much for anyone except the most intensive app and games consumers. The iPhone 4 was already one of the speediest and most efficient phones on offer. If there is one thing that Apple have demonstrated excellently over the last few years, it is that a perfect marriage between hardware and software will outperform raw hardware specs any day of the week.

So while an Android phone may benefit from a quad-core 5GHz processor and 4 terabytes of RAM, to the iPhone these are just wasted resources that are completely unnecessary. This is easily demonstrated by the fact that the new iPhone 4S still only comes with 512MB RAM. This is all that an iPhone needs to perform seamlessly.

So the real question is, what do you really get for spending the extra money for an iPhone 4S contract? Why not just pay far less for a very similar iPhone 4? The only major difference is Siri – the voice control assistant.

Siri is causing a sensation in the popular media and on meme websites across the internet. Apple insist that Siri is only available for the iPhone 4S because no other iPhone is capable of running it properly. This is not the case, as many people have already managed to get Siri working just fine on the iPhone 4 and even the iPhone 3GS.

As many Android phone users will point out, Siri is nothing new. Similar apps are already available in Android Market and the Apple App Store. If you have a thick regional accent or come from a country like Australia or India, you can forget about using Siri in your day to day existence, because she won’t understand what you are saying. Many of the location services available for Siri also do not work outside of the United States. 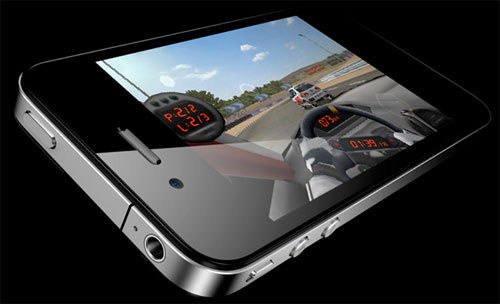 If the biggest feature of the new iPhone 4S is still in beta development and doesn’t work for a great many people, then those people may be better off just purchasing a cheaper iPhone 4 contract instead. It will cost less money and allow you to do virtually anything that an iPhone 4S can anyway – aside from asking your phone the meaning of life. You can try, but don’t expect much of an answer.

2 thoughts on “Is it Worth Getting an iPhone 4S?”