Pick up your pebble blue Android-powered mobile phone and ask the S Voice about anything, and expect mind-blowing answers and recommendations. Or go and turn on that Smart TV and experience interactive television right before your eyes – get information from the Internet and watch conventional TV programs at the same time. Or maybe go in front of your personal computer and launch Ragnarok, the MMORPG you haven’t played in a while. Or what if you just take your 20-day old Elantra GT for a spin?

If you haven’t noticed yet, most of these things come from South Korean companies. So is it safe to say that the future of tech lies in the hands of South Korea? SF Gate says so in this article. In recent years, this heavily wired Far East Asian country has shifted its production and exports towards technology and related industries. Its focus on consumer products helped it gain footing as a leader in growing technologies; , and evidently, they’re already gunning against giants like the E.U., Japan and the U.S.

In this article, we discuss some of South Korea’s largest exports in the tech world. Read on to find out more about them. 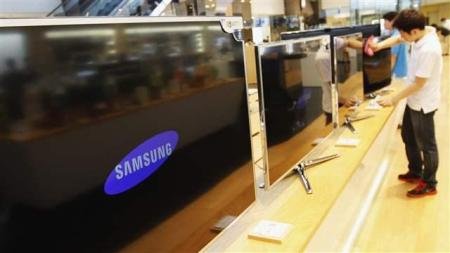 Located in a major office park in Seoul called Samsung Town, the name of this multinational conglomerate came from the Korean word Samsung meaning “tristar” or “three stars.” It is currently comprised of about 80 companies operating in highly diversified arenas such as electronics, finance, sports, construction, engineering, medical services, and heavy industries.

Its most successful subsidiary, Samsung Electronics, is the world’s top mobile phone manufacturer, accounting for over 20% of all the mobile phones sold in Q1 of 2012 and the world’s top television manufacturer. Since 2011, global sales figures have skyrocketed for Samsung due to the introduction of the Samsung Galaxy series. Additionally, it has established a noteworthy position in the tablet computer race with the Galaxy Tab line of products.

This multinational electronics company headquartered in Seoul operates in four major divisions: mobile communications, home entertainment, home appliances, and air conditioning and energy solutions. It was formed through the merger of two companies, Lucky and GoldStar, hence, the LG abbreviation and the tagline, “Life’s Good.” Currently, it is the world’s second largest television manufacturer (next to Samsung) and the top five mobile phone vendor in the world (as of Q1 of 2012).

The brand is responsible for outstanding products such as the LG Optimus series, an advanced line composed with models great for use as personal or business phone units; the LG Infinia TVs (cinema-grade, 3D HD TVs); computer products ranging from LCD screens to DVD drives found in almost every home; and smart appliances like Wi-Fi-enabled refrigerators, ovens, and washers.

Although not entirely classified as tech companies, car manufacturers Hyundai, Kia, Daewoo, are leading in automobile export, and you have to admit that a lot of technology goes into each model – whether we’re talking about design, performance, or the production process itself. The largest export market for the Korean automotive industry is North America.

This videogame corporation made waves in Asia through its MMORPG games like Ragnarok and Rose Online and is responsible for publishing the action titles Requiem and Maestia. Right now, it operates in North America via its Marina del Rey, Califoria-based office, and currently operates in different global headquarters, including locations in Moscow (Russia) and Paris (Europe).

Arguably, these companies and their accomplishments are but a few testaments to the fact that South Korea is a leading test bed for advanced technology.