Over the last few years, the tablet market has been steadily growing. As with the smartphone market (which exploded into being with the iPhone), the innovation was spurred forward by Apple through the release of the iPad. There had been tablet computers before, but the level of sophistication in the tablet market wouldn’t be cutting-edge without some prompting by Apple. 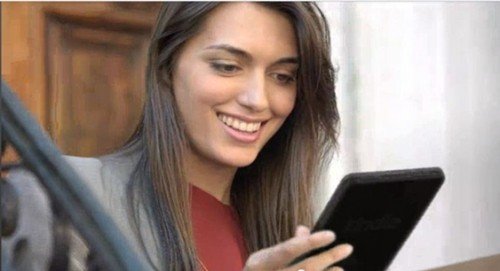 Still, the demographic of tablet computer users is small: there are businessmen who use it for traveling so they can keep checking the stock market over Safari, manage business VoIP through RingCentral, and read board meeting notes through PDF readers. Then there are casual users, who may want it out of novelty, for its entertaining applications, or for their ability to surf the web more comfortably than they would with a touchscreen smartphone.

What Customers Look for

In spite of a product’s brand resonance, functionality remains the deciding factor for consumers, along with the price. Depending on the consumers’ needs and budget, they select the tablet which they feel can adequately provide them with the apps or performance that they need. Consumers will not be willing to secure a tablet that can do a variety of functions they will not need, and will only go for what they feel they would really use.

Apple’s iPad is leading the tablet market pack. But recently, Amazon released the Kindle Fire, which had, in its initial launch, been called an iPad killer owing to its incredible competitive price. The Fire seems to be an excellent deal: apart from being the excellent e-reader that the Amazon Kindle has been famous for, it has all-around access to Amazon products, being able to directly stream downloads from Amazon in great speeds. Even ordering things from Amazon through the Kindle Fire is faster.
From a demographic survey by ComScore, it shows that more women than women use the Kindle Fire. It is by far the highest imbalance of the gender demographic between Amazon, Android, and iPad. Experts have concluded that since Amazon’s user base catered more to the female demographic (Amazon is primarily a shopping and book site), this may be an explanation for the skew in the survey.

Conversely, men prefer the iPad over the Kindle Fire. With a 52.9% male audience, it won over the Android by a small margin. Perhaps it is the availability of apps that have prompted the male audience to spend their disposable income on the iPad. Indeed, by comparison, the iPad has access to the App Store, which continues to be the largest application store in the market today. It has a far wider and more diverse selection of apps, and the iPad is designed to cater to them more efficiently than the Kindle Fire. The male consumer demographic that looks towards the iPad fall in the ages where they are capable of spending more of their disposable income on entertainment, which is something that the iPad can give them in multiple ways.