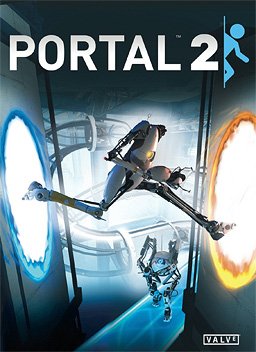 Portal 2 is the sequel to one of the most anticipated games in the world -the 2007 video game Portal. Portal 2 is a first-person puzzle-platform video game. It was initially slated for release in the last quarter of 2010 but was postponed to the 3rd week of April 2011.

Portal 2 is played by solving a series of puzzles requiring creative use of portals to move through test chambers. The player’s character uses a “portal gun” to create portals to teleport itself.

As critics universally praised Portal 2 for its writing, pacing, and comedy, the game does live up to it’s predecessor. Watch the game review by Billy Shibley (Machinima) below and find out yourself:

If you love this game, you may also like it to play even in 2D. Click here to play Portal: The Flash Version. This flash game brings it all up in 2D! Have fun!