SpaceX, a private space transportation company based in Hawthorne, California, has just become the first commercial company in history to successfully launch a spacecraft towards the International Space Station.

SpaceX has successfully launched its spacecraft Dragon from Cape Canaveral, FL. at 3:44 AM ET. The spacecraft was launched atop the Falcon 9 rocket. 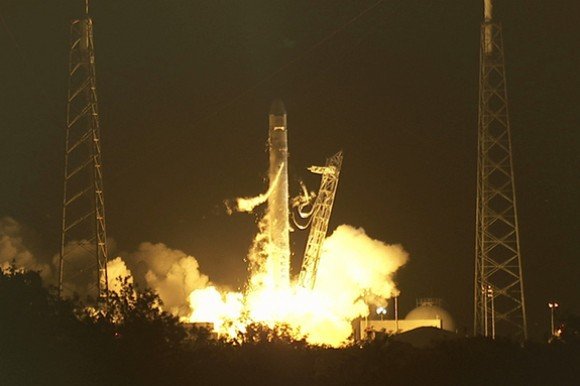 If everything goes as planned, the unmanned capsule should dock with the ISS in a couple of days.

The Dragon is a reusable spacecraft. It became the first commercially-built and operated spacecraft ever to be recovered successfully from orbit in December 2010.

Watch the live stream below.