With the rapid growth of e-commerce, many retailers around the globe are scurrying to find a solution, some sort of happy medium. Should they continue to invest in their brick and mortar establishments or should they downsize and allocate a portion of their budget to venturing into e-commerce? Data from the United States indicates that e-commerce in 2015 is an upward trend and will continue to grow proportionately over the coming years.

Within a six year period, the growth of e-commerce doubled in this US study. According to figures in a chart provided by comScore, desktop online spending grew by an amazing 12% in 2014 vs. that spent the previous year. That may not seem like a huge difference but when compared with data from 2008, e-commerce spending almost doubled. PC e-commerce spending was $56.1 billion in just the first quarter of last year alone! Whilst this is a US study, growth rates are quite similar in the UK and throughout Europe. 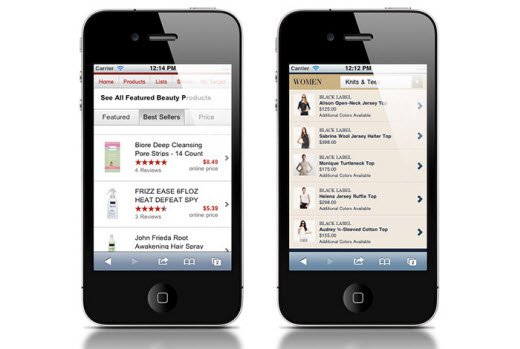 Then There Is Mobile E-Commerce

Those figures and statistics only discuss personal computer – desktop – e-commerce data. Now take a look at mobile e-commerce. Desktop spending rose by 12% but mobile e-commerce was up 23%, according to research by Blog For Web. If this pattern continues at such a rapid rate of increase, more and more businesses are not only going to move over to digital marketplaces but their focus will need to capture the mobile market. Mobile growth is almost double PC based growth which should indicate how important it is for retailers to consider moving to the digital arena with a major emphasis on the mobile market.

Looking Forward to Mobile E-Commerce in 2015

It has only been in recent years that mobile phones have gained such a place of prominence in everyday lives. Now fewer people have hard-wired land lines as mobile plans have come way down in pricing. With so many people accessing the internet whilst traveling to and from work, on breaks and in general ‘down time,’ online merchants have begun reaching out to capture that audience. Through the use of special digital marketplace scripts, mobile e-commerce has taken on a new life. Special apps and new commerce platforms for mobile users make it easy for them to shop, pay bills and do all their financial transactions from their mobile phones.

So what does 2015 have in store for e-commerce? More brick and mortar retailers will be investing in the digital market and a great percentage of those will also take advantage of mobile e-commerce apps. E-commerce is trending upwards at breakneck speeds and there doesn’t seem to be anything that will slow down its rate of growth.

If forecasters’ predictions are accurate, many retailers might even close their doors completely. Whether closing a local business or just aiming to add that segment of the market to their current operations, e-commerce is steering businesses in a new direction. Will it continue to grow at such a rapid rate? Only the future knows, but if you are a betting man or woman, place your odds on continued growth.