What games are the most played on your iOS device so far? Here are five must-try iOS games: 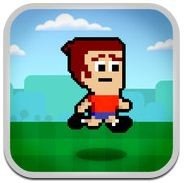 Mikey Shorts has been updated with new challenge mode levels and new disguises. The object of the game is quite simple: run around, collect coins, break down force fields, and rescue people who have been turned into statues. While you’re playing the hero, be ready to destroy robots and find hidden secrets in the shortest time possible.  Mikey Shorts is both a story and speed game.  Unlock the story in the first levels, and beat the clock or die in the higher levels.  You’ll love this game for the wonderful graphics and responsive controls. The only drawback is that it’s far too short, but you can always play again and beat your previous record. 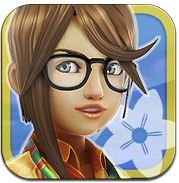 Fantastical gameplay and beautiful graphics make up the world of Lili, an amazingly creative game that brings Unreal Engine to iOS.  Lili is a college student who heads off to study magical flowers in the island of Geos. Once there, you’ll get to battle Spirits, complete quests, and gather items and outfits from treasure chests. Banishing a Spirit requires chasing it down, pulling its flowers out, and plucking sprouting bombs before they go off.   Your main goal to collect flowers may not sound too appealing, but once you try this game out, you’ll definitely be drawn to its beautiful visuals, engaging gameplay, and the sly jokes peppering the story. If you’re looking for a casual and fun RPG, discover Geos with Lili. 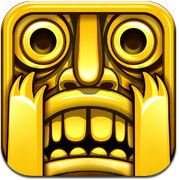 If you’re looking for a thrilling and fast-paced game, look no further than the popular Temple Run. Jump, run, and slide through a twisting maze of booby traps as you play the explorer, collect coins, avoid tripping over tree roots, hurdle huge crevices, and try to outrun a pack of demonic monkeys who are always right at your heels. You won’t play Temple Run for its simple visuals, but you’ll definitely be addicted to its intense and exhilarating gameplay. 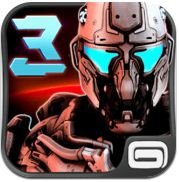 Gameloft has undoubtedly created a winner with N.O.V.A. 3. Packed with grittier and more realistic-looking graphics, this game can be played in single-player or multiplayer shootout modes. Updates include the ability to coordinate with other players via voice chat if you have an iPhone 4S or a newer iPad, a new multiplayer map called Warehouse, and a new mode called Team InstaGib where everyone has the same weapon and can make one-hit kills.  According to Slide to Play, you might encounter occasional glitches and lags, which can be resolved by restarting from the nearest checkpoint. Still, if you’re looking for an action-packed shooter game with loads of ammo and an air of chaos, N.O.V.A. 3 is the game for you. 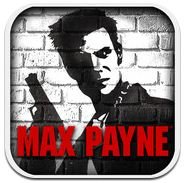 This award-winning and cinematic game is a dark tale woven through slow-motion gunplay. In this shooter, you get to play Max Payne, a fugitive undercover cop framed for murder and fighting to uncover the truth.  Controls might take a bit of getting used to, but Rockstar Games thoughtfully made them fully customizable for your touchscreen device. Updates also now include iCloud save game support for seamless play on your iOS devices. Play with the controls that work for you, and pretty soon, you’ll find yourself enjoying the plot-driven action of Max Payne.

Share your own top iOS games on the comments below.