Translate Mate has released the first iPhone application to make use of world-wide crowd sourcing to provide translations of foreign language text.  The free app allows users to post images for other bilingual users around the world to translate or explain. 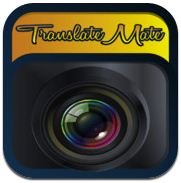 The app is unique in that it does not rely on language recognition software, known for its indecipherable translations and which makes no allowances for situational context. When a user posts an image in Translate Mate, he or she can count on multiple translations from users anywhere in the world thanks to distributed cloud-based technology powered by Amazon Web Services.

Users can post images from food labels, signs, menus, forms, warnings, or virtually any foreign language text that they want to have translated or explained.  To give the image context, users provide a caption describing the situation, the language of the image, the desired language of translation, and the country where the image was taken. Push notifications alert users to new translations of their images.

App creator Brandon Butler says, “We wanted something that could be used by travelers, students, people who just like to help others with languages or just have fun playing with languages.  Lots of travelers or language students come across language they are just curious about or need to know – but may not have a friend handy or enough knowledge of the language to search the Internet for answers. Translate Mate basically fills that gap.”

The app contains many features people expect in today’s social media-connected world, such as sharing on Twitter.  The next version will connect to Facebook and Foursquare and provide more accurate geo-tagging features. Other useful features include a filter for sorting images by language or country.