There’s nothing that makes a company look more unprofessional than a poorly translated website. Glowing copy in one language can so easily be rendered farcical in another. Incomprehensible sales pitches and nonsensical product descriptions will quickly see traffic grinding to a halt. Only then might the website’s owners realise they’ve become a multi-national laughing stock. While this is a worst case scenario, making the decision to go multi-lingual isn’t one that should be taken lightly.

Creating a multilingual site takes both time and money. It’s not just the initial changeover – the site will inevitably need to be updated. Decide whether a multi-lingual site is really necessary and which languages would benefit the business. Bear in mind that English and Chinese are by far the most widely used languages on the internet. These are followed by Spanish, Japanese, Portuguese, German, Arabic, French, Russian and Korean. 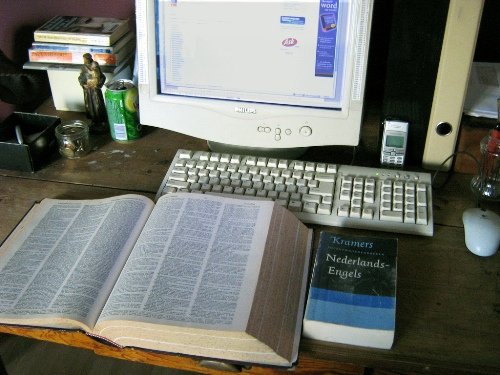 Check that there isn’t any content that may cause confusion or even offence to the cultures it is addressed to. Weights and measures, currency, holidays and the relative formality of the language all need to be gauged in advance.

Also investigate any legal issues that might arise from the site’s new audience. For example, some countries have strict rules about the collection of personal data.

Employ a qualified translator. Don’t be tempted to try and save money by finding translators on English courses in London or anywhere else. The translation needs to be perfect. It’s also a good idea to pay for the translator to input the text into the website themselves. This reduces the possibility of errors creeping in – a very likely possibility if the person inputting the text is not familiar with the language or writing system.

An alternative for businesses with long-term vision and money to spend is to train staff in another language. For those hoping to learn French London provides an ideal base to study and commute to other parts of the UK.

Different languages take up differing amounts of space – a fact that needs to be considered when producing the site’s layout. For example, text in Korean and Chinese takes up less space than it does in English, while Russian and German text takes up more space.

Font sizes may pose problems too. For example, Japanese, Arabic and Chinese text needs to be in a bigger font than English to make it equally legible.